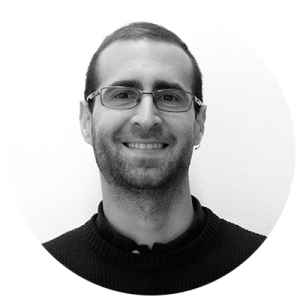 “If we have data, let’s look at the data. If all we have are opinions, let’s go with mine.” – Jim Barksdale

In recent years, interest in concepts such as Big Data, Machine Learning, and Data Science has increased significantly, both economically and in the media. In this article, we will discuss the business need to go beyond all these techniques and to start adopting a Data Culture.

But first, let’s take a moment to review and define the four main aspects of the data world (Business Intelligence, Data Analytics, Data Science, and Data Engineering). I’ll present these in order from least to most technical and then end with the two most popular concepts in the data world: AI and Big Data.

The World of Data Technologies

Business Intelligence: Understanding the Past

Business Intelligence is the most classic data-based discipline. This aspect is the most similar to working with Excel (in fact, it is totally normal to find BI positions in Excel). Business Intelligence is based on the creation of command boxes – also known as dashboards – which represent the current or past state of the business. For example, sales percentages, seasonal evolutions, and tables of best-selling products. Those in the business analyst role are great at creating these types of summaries and taking advantage of them to guide future decisions.

Some of the most popular programs in this field are PowerBI, Excel, and Tableau.

Data analytics is perhaps the most difficult data aspect to define. It is at an intermediate point between the other data aspects, and this means that we can find a great variety of professionals, from the most code-oriented to those specialized in the programs that we just discussed. The data analyst role ranges from data collection to modeling, through transformation and summarization. It is common to find it linked to the concept of insights, which we could translate as keys. Data analytics seeks clues or better understanding of data to draw conclusions that were not obvious before.

Apart from the programs used for Business Intelligence, it is common to find analyst positions with Python languages, R, and SQL.

Data science goes a step further than classic data analytics and begins to use machine learning models to make predictions. The biggest difference is that it has to do with events that have not yet occurred and how we can use data to anticipate them. For example, data can help us predict the type of product that a customer will buy when accessing our website or the probability of cancer given a patient’s characteristics. It is usually described as the intersection of Computing, Statistics, and Business.

Data science is mostly linked to programming languages, especially Python, and to a lesser extent R and SQL.

Data engineering is the most technical of all. More associated with the how rather than the what, it is based on the principles of extract, transform and load (ETL), which is still a summary of the process of moving data for later exploitation. A data engineering professional oversees structuring databases or warehouses, ensuring that the data is stored and used efficiently and safely. It is perhaps the “least friendly” dimension of data for end users, as it is closer to more classical computing than analytics.

To the aforementioned Python and SQL, it’s necessary to add some classic languages such as Java or the lesser-known Scala.

The concept of Artificial Intelligence is quite complex to define, and in many cases, it is misused. In most media, it is used to describe processes or algorithms that are actually Machine Learning. The border is a bit blurry (in fact, in many cases, ML is considered a sub-field of AI, see this article to help differentiate). In short, the primary difference in the two is that it is considered Intelligence if there is an autonomous creativity or decision making. The vast majority of Machine Learning algorithms do not do this; rather, they respond to a very specific task.

For the general public, it is reasonable to confuse Machine Learning with Artificial Intelligence, since in both cases they are machines that produce results autonomously. However, at a technical level, Machine Learning is a field with a great future – and presence – in the vast majority of businesses, while Artificial Intelligence is still far from being widely applied (the best-known examples currently are autonomous driving or voice assistants).

Lastly, a brief clarification on Big Data. This refers to all the processes that require unconventional methods or technologies to carry them out, since private computers, for example, do not have enough power. It is commonly referred to as a greater volume, variety, and speed of data generation.

So, we talk about Big Data when the amount or type of data requires special treatment, usually in distributed architectures in the cloud, such as Microsoft Azure or Amazon Web Services. To be more specific, it is preferable to start using expressions such as “data science solutions in a Big Data environment”, or “Big Data for business analysis”.

Now that we’ve covered the main aspects of the data world, let’s look at how to go beyond their definition and use them to create a Data Culture. But before defining specifically what we understand as Data Culture, I want to quantify the growing demand for this technological subsector based on information, along with its storage and processing.

Searches for related to data terms on Google and other search engines has multiplied by more than 9 times in the last decade.

The demand for purely technological job positions, mainly associated with the creation or expansion of “analytics” departments, is only the tip of the iceberg for what the world of data is capable of offering. A company’s real turning point, if we focus on the technological side, is when the entire workforce is able to adopt a true data culture.

It’s in this cultural shift where the true potential of data lies. Digital services and e-commerce companies monitor all variables related to their business, which allows them, among other things, to anticipate changes, increase adaptability, and improve prediction. More traditional companies, even if highly digitized, generally waste too much of the data they generate. This is often due to a lack of practical knowledge or references of what they can do with it.

I am not implying that the entire organization needs to understand Machine Learning algorithms or how to configure data services in the Cloud to be competitive, but I will emphasize the need to understand the basics of the world of data, to consider the possibilities it offers, and to obtain the knowledge that allows you to take advantage of the millions of pieces of data that a company uses daily.

What do these practices consist of? The list is long, ranging from the most classic statistics to prediction algorithms with neural networks through text mining. Some examples of data-driven decision-making are:

To conclude this article, I would like to emphasize, once again, the importance of implementing a Data Culture in organizations, which allows everyone in the organization to understand the potential of data and be able to make decisions based on the data they handle.

I hope you enjoyed,

Want to work with data?

Our Data Analyst courses teach the logic and reasoning to understand the data used by the business.

Joan Gasull, Netmind Instructor and Lead Expert in Big Data and Technology, has experience teaching in coding and statistics in several companies and universities. While he also has consulting experience in many different areas, his passion lies in coding and teaching. He also finds himself writing when he can find the time! Joan has degrees in both Applied Statistics and Sociology, and a Master’s degree in Data Science and Big Data. Connect with Joan on LinkedIn.