How to Organize Self-Organizing Teams 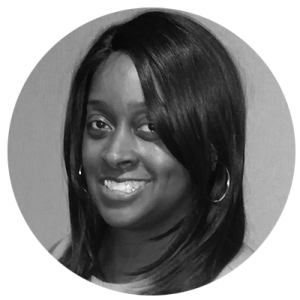 “If you want your customers to love your company, the employees need to love it first.” – Simon Sinek

While the idea of self-organizing teams sounds good, there is often a lot of fear and negativity around it. In my experience, most of the people with these emotions are often in management positions. They almost immediately jump to the conclusion that their employees could never be self-organizing. The reasons vary, but the most common I hear are:

What this says to me is that their employees can’t be trusted with highly regulated and/or sensitive data and they need to be micro-managed to ensure there aren’t any mistakes. However, most records on file indicate that mistakes will be made regardless of the level of command and controls put into place by management. That said, let’s start just this conversation by stating 2 truths:

If you are up against either of these, don’t blame the self-organizing concept, but start by asking management if they hired untrustworthy, lazy, and irresponsible people. For argument sake, I’ll assume, their response will be that they did NOT and that they actually hired very competent professionals. (The kind of people who will thrive in a self-organized environment.)

On the flip side, I can’t ignore that these concerns aren’t real. Many are based on real experience and tenure in the business or IT industry. However, the foundation of these fears is based on past norms, ways of working, standards for defining productivity, and rules of engagement. The self-organizing teams of agile are predicated on different rules that look something like this:

But, simply embracing these rules isn’t enough. Moving desks next to each other, removing cubicle walls, implementing a set of periodic ceremonies, and scheduling a team building gathering also aren’t enough. All these things serve a purpose, but transitioning a team from a traditional, top-down management approach to self-organization can’t be fast-tracked or force-fed (hence the definition self-organizing).  You have to give it time so that everyone can mentally adjust to the necessary mindset.

Even before attention is given to the team, the role of managers must first be redefined. Changing a person’s title from Project Manager, Resource Manager, or Supervisor and replacing it with Scrum Master is not going to magically make a servant leader.

A servant leader needs to be aware of the culture, the organizational framework, the people themselves, and the daily execution of operations. They must fully grasp the current state and then clearly understand the end goal – is it self-managed/directed, self-organized, and/or self-governed? How much control the teams actually have? Consider these options:

I do realize that I said ‘self-govern’ – I won’t skip over this because many of you might be asking if there really companies that allow employees to self-govern. Yes, there are… and they are awesome places to work.

Based on personal experience, I can tell you that the secret to success is making sure the members of the team are appropriately prepared. Recently, I helped a client restructure their existing teams to be self-organizing, while also establishing a way of working for future growth. I hope you can find some inspiration!

People need to be shown (and taught) the skills needed individually and have the capabilities to exhibit self-organizing behaviors as a group. In addition to coaching, each team member was given classroom, on-the-job, and behavioral (soft skill) training. Classes or workshops included material on cognitive distortion, emotional maturity, strategic thinking, and design/systems thinking. They also had to learn how to negotiate, disagree, debate, and come to a consensus. Everyone on the team thought of themselves as a facilitator as needed, instead of looking to one person to always be the one to take the lead. The resulting mindset was that everyone on the team had the capability and duty to take the lead in order for the team to be successful.

Teams were ranked based on maturity by way of a forming, storming, norming, and performing model. True to the model of self-governance, members actually rated themselves. Through a questionnaire, each team member determined their team-related assessment with 1 of 4 answers:

An important key to this exercise is that the team first talks through the differences of each stage and agrees on the definition for their unique environment.

The team that I worked with took the survey at regular touch points. The results allowed them to find areas they needed to work on. It’s a way to hold up a mirror to say, “Are we really collaborating, or are we just individuals who are coordinating our work?”

During the behavior training, team members also learned about personality types and what motivates different people. They determined who is an extrovert, an introvert, an intuitive, a sensor, a thinker, a feeler, a judger or a perceiver. One thing a team has to understand is that everyone has strengths and personality traits that can help define who might be the best coder, the best tester, or the best business analyst.

The key is using this diversity to your advantage. Understand that it is not a contradiction to say people on the team are cross-functional but also talk about having specialties and encourage a balance. This doesn’t mean to not support specialties, but that specialists should not be rigid in their duties and should help balance effort for the type of work needed. An example that I commonly see is that coders only want to write code (sorry to all the coders out there for calling you out!). Coders/developers can help code automated test scripts as well as help groom the backlog.

Coaches should ultimately prepare teams for conflict. People with different personalities and work styles typically will self-adjust, but there is almost always that one person (I can even bet you just said their name as you read that). Unfortunately, it only takes one person to disrupt the positive energy on the team. I tend to think that the worst thing the team can do is adapt around that person or except their behavior. Teams should address the situation and the person for the good of the team. As a self-organizing team, it is the team’s responsibility to direct their work and decide how their team will work together. A scrum master or coach can give the team guidance, but should ultimately leave the team to decide when and how to address anything or anyone disrupting the team.

I have participated in several team interventions. Interventions are the exception but are unavoidable. Some common behaviors that I’ve seen lead to an intervention are when a team member:

These are just a few intervention-worthy cases. Coaches can often help guide team members to collectively talk with the conflicting member on how to share collective concerns and successfully turn a valuable team member around! Interventions can be done via workshop or exercises to bring the behavior to the member’s attention subtly. However, sometimes there is no subtle way address the situation and you need to address it as the behavior is occurring.

Managing people is a complicated and delicate practice. Most teams and organizations are most successful if they step into self-organization gradually and intentionally, which is called “Progressive Delegation”. There needs to be proper preparations both for the manager to let go and for the team to embrace the uncomfortable aspects and gain confidence, in spite of making mistakes along the transition.

Having been on a self-organizing and self-governing team, I can say there are certainly some days when you wish management would make decisions for the team. Sometimes there are some very tough decisions you don’t want to have to make. It’s like when you are a teen and you can’t wait to be an adult, but then at some point as an adult, you wish you were a carefree child again. As a self-organizing team, you WILL have to make decisions without all the information and within a tight time frame. You also have to be willing to take a risk when the situation calls for it.

This idea of Progressive Delegation is so important, Management 3.0 actually created a game about it. Delegation Poker is fun way to help management and the team gradually turn over decision-making tasks in a controlled environment. It can also help gauge if a manager isn’t letting go and if the team isn’t embracing what they’ve been empowered to do. More than anything, it’s a starting point for discussions on who should make what decisions. A coach can monitor and make sure they are making progress at a steady pace.

At the end of the transition a self-organizing team:

Those shepherding the self-organizing environment need to ensure that team members are competent, taught how to be collaborative and rewarded for it, self-motivated while still motivated by their product owners and coaches, and trusting and respectful of each other. It is also important for a team to work together for a reasonable duration before making changes. It takes time to gel, so don’t switch out team members frequently or they’ll never know what an actual “well-formed team” feels like.

When all is said and done, know that the laws of science are on your side. When you put a group of organisms together, they naturally will find a way to work together to survive and thrive given the right space, limited constraints, a common goal and interest, and ample diversity.

If you need help organizing your teams to be self-organized, we’d love to help!

Jacqueline Sanders-Blackman is a Netmind Lead Expert and Senior Instructor who has provided training and mentoring throughout her career in the areas of business analysis, database administration, data analysis and process improvement. She possesses over 29 years' experience working on projects, using various methodologies and approaches including Agile, Extreme Programing, Waterfall, Object-oriented, UML, Six Sigma and CMMI. She has held roles of business analyst, project manager, program manager, tester, DBA, developer, process analyst. Her diverse background made Certified Scrum Master and Agile Coach a natural progression. She has spent the last 9 years building up her Agile experience and now has a track record of helping organizations through the challenging transition from waterfall to Agile practices. Jacqueline is a published author and contributor to industry related titles.  Jacqueline was recognized as a leader by Women in IT 2013, 2014 and BDPA 2015. Connect with Jacqueline on LinkedIn.

Transformations Driven by HR: How Eboca Implemented the Holacracy Model

A Guide for Decision Making Using Delegation Poker and Boards

How to Use Jira for Agile Teams

Ride the Waves of Change: Adapting as an Organization