Josefina Escursell, founder of Netmind: “I think that in this sector there is a great prospect for women.”

Josefina Escursell, founder of Netmind: “I think that in this sector there is a great prospect for women.”
Share

8M is approaching, and this year we want to give voice and visibility to influential women in the technology sector. It is an opportunity to get to know and recognize women who have given their all.

Therefore, it is a perfect occasion to interview Josefina Escursell, who founded Netmind in 1987. 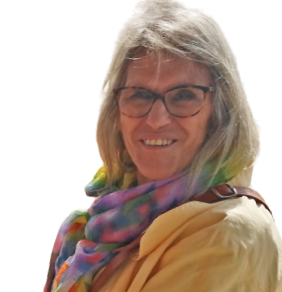 How was Netmind born? What was the main objective?

I founded Netmind with my brother Jaume. The idea was to carry out a joint project and create something together. We came up with setting up a computer training center because he is a computer scientist and I am a teacher.

Joining professional fields seemed logical, so the school was born, combining his knowledge and my experience as a teacher.

You are a teacher, so you have always been linked to training; what role has technology played? Why did you bet on it in the 80s?

Jaume is an engineer, and at that time, he was working at the Sabadell computing center as a computer scientist, and it was evident that there was a need for training in the world of technology.

It was the beginning of everything. We were still working with MS-DOS, and personal computers were born at that time. Computing was not in the public domain, and at the corporate level, it was the computer centers doing the operations.

There was a need to teach programs like Excel, Access, and everything related to technology to organizations, young people, and children.

What age were the children you were training?

Initially, we decided to set up a training center for adults. It wasn’t until we started the project that we saw a specific need for training children.

In companies, people, out of necessity, were learning. But with children, it was different, parents wanted their children to learn about computers, but the educational plans did not foresee it.

That’s when we decided to specialize in computer education for school children.

We would go to different schools, and it was fascinating because we were teaching them how to use the Internet, which had just been born.

We had a roll of cable with many meters, and we connected it to the telephone line to communicate from one school to another.

It was the beginning of a cycle. We also had portable scanners and taught the children how to scan.

In short, we saw a sector that needed training, and we adapted, but we did not stop training in the center itself. But more than adults, young people came who saw the need for training.

How would you describe the first years of Netmind? Was it challenging to fill the classrooms?

We had around 80 schools in Barcelona and the metropolitan area, plus the classes in the center itself. And a few years later we also started to provide training to companies. It was an evolutionary process.

There was a need for the companies to be trained. As we had no schools during summer, we started to provide training. Little by little, the technological evolution led us to have more companies as the schools were beginning to include technology training.

There was a moment when we decided that we no longer wanted to provide training in schools to dedicate ourselves 100% to companies. It was a natural evolution without any rupture. We were leaving one thing and moving into the world of business.

After so much time, what has changed and what has remained the same?

I believe that everything has changed and that it has also remained. The most important thing has remained, but the world of technology is constantly changing.

For example, every year we bought six computers for the center, and every year they were a different model, faster than the previous ones, more powerful and evolved.

Technology in the 80s and 90s was constantly evolving. It was so changing that sometimes I didn’t even have time to get used to the language. The first time I was told about virtual stuff, I had to ask the technician we had to explain to me what a virtual server was.

I must also say that the most important thing was the team and how we worked. I think that it is still the essential thing about Netmind. Without a good team and work environment, no matter how many ideas you have, they are useless.

I think one of Netmind’s greatest qualities has been our ability to adapt to the market’s needs, to adapt to technology and each moment.

We trained children when children needed it; when the business world needed it more, we worked with companies.

What advice would you give to the Josefina of the past, the one who was founding Netmind?

I wouldn’t know. The advice I would give her is what I have learned from the experience of what I have done and the hours I have worked.

I could tell her, “don’t work so many hours, dedicate more time to your family,” but if I told her, that would not allow me to be the Josefina I am now.

I am proud of what I have done, and I would not change anything.

I know I have left things behind. Maybe I have not dedicated enough time to being a mother or a wife. The truth is that I have dedicated many hours to work, and I have not been able to perform one hundred percent in other areas. But well, I tried handling everything as best as I could! And I have become the Josefina that I am now.

If I told her to stop doing something I have done, she would no longer be me. So I couldn’t tell her anything.

From the 80s until now, how have you seen the evolution of the role of women in the technology sector?

There has been very little change in technology and other areas. I am one of those who thinks that in this sector, there is a big opportunity for women.

Women have a sense and an intuition that in the IT world can be an advantage. Order and mental structure, for example, I think can be very useful.

It is an area of knowledge in which women have a great future.

It will soon be 35 years since Netmind was founded. Did you ever imagine that it would go as far as it has now, now that we have an international presence thanks to BTS?

Not in the beginning, no. But the moment Aleix and Bernat joined, I realized that things were moving faster than they were in my time. I could see that energy, that desire they had to move forward.

And looking to the future, what would be your wish for Netmind?

My wish? That everything goes as well as possible. I think the future has to be what Netmind decides and, above all, what the team chooses.

Whatever it is, it will be perfect. To sum up, I wish you as many successes as possible.

The step-by-step of how we envisioned, designed and implemented a feedback process from scratch

The need for change: Designing Adaptive Organizations with Miquel Rodríguez