Scrum Guide: The Past, Present and Future of Scrum 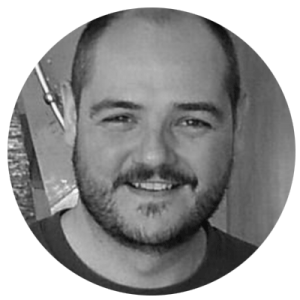 Since the release of the new Scrum Guide late last year, there have been numerous articles analyzing the latest Scrum guide. We want to look at it from another perspective. Let’s see where it comes from, and then we’ll do a “Scrum-fiction” exercise to try and predict where it’s going and what the future of Scrum will be.

It’s unbelievable that it has been four years since we first shared our article on the Scrum Guide’s July 2016 update. Recently, the updated 2020 Scrum Guide was released, and social networks have overflowed with interesting articles analyzing the latest changes, word-by-word, and how Scrum has been affected.

Even though the authors the Scrum Guide insist that “Scrum has not changed; we have simply found a better way to explain it.” However, we believe that what has really evolved is a team’s ability to self-organize and self-manage better when applying Scrum. And, through feedback, Scrum itself is also better organized and better managed. Thousands of teams around the world are adopting, with varying success and discipline, Scrum as a framework.

Nearly ten years ago, Steve Danning wrote in Forbes, “If there was a Nobel Prize for management, and if there was any justice in the world, I believe that the prize would be awarded, among others, to Jeff Sutherland, Ken Schwaber and Mike Cohn for their contributions to the invention of Scrum.” The current VUCA climate (volatility, uncertainty, complexity, ambiguity) has forced organizations to rethink their management methods, to plan in the short term, to better visualize the outcome of their work, and to validate the value of their outcomes. By facing this challenge, Scrum has emerged as the most valuable option, and almost always the go-to framework.

Scrum’s long history began 25 years ago when the Scrum framework was officially presented at OOSPLA 1995. Since then, Scrum has evolved – a lot. On the one hand, there was a logical progression towards using the Scrum in different environments, which generated findings that, in turn, became part of the model. There have also been changes in the elements of Scrum (sprint release planning was added, removed, added again; user stories, the daily stand-up, burndowns, sprint backlog, estimates, etc.).  There are even elements that over time have ceased to be part of the official description, even though many teams continue to apply them.

In 2010, Scrum was formalized through the first Official Guide. This was a concise document which unified visions that had begun to diverge and saturated the framework with more and more elements and entities, despite the fact that Scrum was originally designed as a “light” framework.

This first guide was 21 pages long; the 2020 edition is only 14. Reviewing the previous editions, we can clearly see how they boiled it down, and not only in the number of pages:

Check out this fun illustration that my co-worker, Ali, drew to visually show the updates in the new version.

Now that we’ve seen the path that Scrum has traveled so far, I want to hypothesize what I think Scrum will be like in 5, 10, and even 15 years. I’ll start with the clearest trends, and as we move forward, I’ll be more speculative:

Until all of this happens (or not – I could be wrong!), Scrum will remain the compass that teams use to guide themselves in designing their way of working and organizing. Deepening your understanding and good application of Scrum will be key to achieving good results. We look forward to helping you along the way!

Are you ready for the future of Scrum?

We can help you adopt the Scrum Framework and perfect its application in your organization.

What is the Scrum Framework?