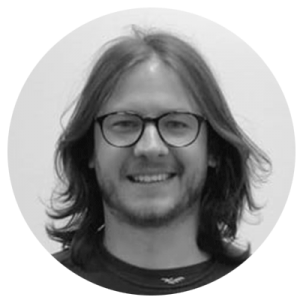 For some years now, all (or almost all) companies have prided themselves on having corporate values from being sustainable and being honest to innovation. But the truth is that although the idea behind corporate values makes a lot of sense, we risk turning them into mere political pamphlets.

We promise that at Netmind, we are not company value haters. In fact, we couldn’t believe in them more. We want to discuss the possibility that the misuse of so-called values may create what we call “cultural dissonance”.

What is cultural dissonance?

Imagine that we create a company and announce loudly that one of our great values is innovation. We put up banners in the hallways. We upload stories to our Instagram and even put an ad on television seeking recognition for being innovative. As founders, we sure are happy to have this value in the company. But, when employees complain that they don’t have time for new projects, we tell them that the important thing is to deliver to customers. When someone comes up with a new idea, it gets forgotten in a drawer “for when we have more time”. Then, those values become pure buildup.

The problem is not even that, but the difference between what is said and what is done generates frustration, demotivation and alienation in almost all workers.

Actual values should help us understand which behaviors to favor and which not to favor in a company, but they should be guides to make decisions even in the most challenging moments. Not only that, but they will make you make difficult decisions. To have a consistent culture with values sometimes “stings”.

One of the most notorious cases is that of Airbnb. In late 2013 and early 2014, the New York Department of Justice leader asked Airbnb for all its “hosts” data in that city. As you might imagine, no one says no to the so-called “NYAG”. And, indeed, no one said no, until Airbnb came along.

One of the values of this company is “Be a Host”, that is, the company designs and makes decisions not only thinking about paying customers but also about the community of hosts that make the exchange possible. Well, Airbnb decided to take its values to the ultimate consequences, refusing to give its hosts private information to the State of New York.

Today, that moment is remembered within the company as a moment when Airbnb could disappear and as one of maximum cultural coherence. This moment has become part of the imagination of employees who notice, believe and work around a value that they know affects how they work and live the company’s culture. In other words, it is not propaganda but a full-fledged statement.

How do we generate this cultural coherence?

The truth is that there is no magic recipe beyond the fact that you have to ask yourself if what you do makes sense or not. At Netmind, we prepared a matrix that we use in culture design projects to reflect on our ability to maximize that coherence. 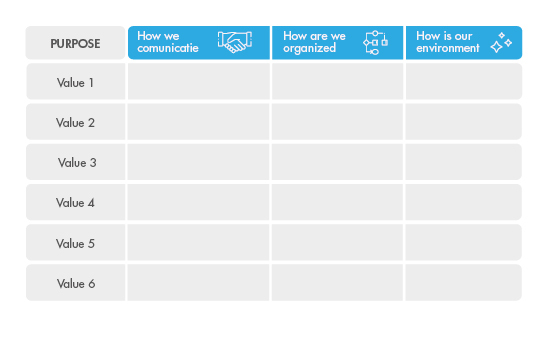 As you can see, we divide the matrix horizontally into values and purpose. Vertically we use the 3 elements that we consider to be part of the culture:

Of course, the first thing is to be clear about your values. And be careful; when it comes to choosing values, there is also a trap. (If you want to know more, here is another article).

Once you are clear about the company’s values and purposes, you can start filling in the columns with the elements of how people relate to each other in your company, how it is organized, or how the physical and virtual environments are designed. And here is where the reflection comes: are these elements consistent with your values? If they are, congratulations, you have generated a coherent culture. If not, there is work to do. But we’ll leave that for another article when we get right into culture design.

Luka Bureo, Learning Transformation Mentor + Instructor, is an internationally trained neurolinguistic programming and innovation professional (NLP). From this, his passion for communication and human behavior has grown. While studying Business Design and Lean Startup at h2i institute, he expanded on this foundation and began applying it to challenging learning projects. Luka currently works with Netmind clients in launching projects related to people-centered innovation, both in company training and project application. Luka is fluent in Spanish and English and is a Professional Scrum Product Owner and Scrum Master 1, ICAgile Authorized Instructor, Management 3.0 Facilitator, and Team Kanban Practitioner. Connect with Luka on LinkedIn.