LEAN and Agile, aren’t they the same thing? 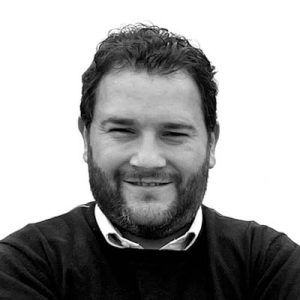 LEAN and AGILE are two widely known management models for defining a type of management in a company. Both have multiple interpretations, as many experts recognize one or the other. There are dozens of LEAN and AGILE tools, ranging from simple sheets of paper flooded with post-it notes to complex software products.

Both concepts have ended up deforming and blurring their boundaries. So much so that today they are ideas that most people understand, although in a diffuse and often ambivalent way. That is why we ask ourselves: Are LEAN and AGILE the same thing?

LEAN and AGILE are two very different, but not opposite, management models. AGILE is, to some extent, the adaptation of LEAN in space and time. In space because we are moving from the manufacturing industry to the software industry, and in time because LEAN is from the 1960s and Agile is from the 21st century.

Agile is LEAN in another "space"

Without going into too much detail, LEAN is the management model used in the Toyota car factories after World War II. It is a proud heir to the culture of the Far East and, to a large extent, to its way of understanding life and work when we could not speak of a globalized world.

And how did these ideas travel to software development and Utah – no, it was not Silicon Valley – where the Agile Manifesto was signed in 2001? The umbilical cord that unites both models is that they propose a production focused on the customer rather than the product.

Today this seems very obvious to us, but it was not so in the middle of the last century. Any company then had a production scheme based on creating the best possible products in terms of speed, cost and quality.

It was the height of Taylorism and the scientific theory of work, with an industry that had already consolidated, for more than 50 years, the assembly line.

And, after manufacturing came sales. The product had to be ‘marketed’ to customers. This is where the concepts of “Sales Force” and classic marketing models were born, such as the 4P marketing mix (Product, Price, Distribution and Promotion) developed by McCarthy in 1960: the Coca-Cola business model.

LEAN, on the other hand, is an original Toyota concept. They were already manufacturing on-demand: first, ask the customer what he wants and then start building the car. The sale is made before, so in the end, you ‘deliver’ the product.

As the deadline, cost and quality have already been agreed upon before manufacturing, what obsesses LEAN production schemes are two other aspects:

Is this similar to what happens in an Agile sprint? Of course, it is. Agreeing with the customer what will be delivered during a fixed sprint – 2 weeks long, for example – is pure LEAN thinking.

What’s more, when we start talking about software factories, a methodology called Lean Software Development appears, which, although it is contemporary to the Agile Manifesto, influences its evolution.

Lean Software Development focuses on knowing 100% of the requirements before starting and on delivering as fast as possible, eliminating any bureaucracy, communication problems or source of errors. LEAN principles applied to software development that are included within the AGILE culture.

What changes from the car factory to the software manufacturing?

The main difference is that to achieve this goal, LEAN puts all its emphasis on the processes and Agile on the teams.

The manufacturing of a car is highly automated and mechanized. So much that individual talent does not make a difference in manufacturing. LEAN thinking gives great importance to the human factor for detecting machine errors (jidoka) and for people to contribute in the continuous improvement of processes (kaizen), while stressing that ‘if the projects are excellent, it is not necessary to have brilliant people’ (in the words of Fujio Cho).

However, the construction of software is much more artisanal. It requires very well-trained people and includes co-creation, pair-programming and other techniques to ensure that the best of everyone is being brought out.

In manufacturing, a LEAN organization protects the processes, while an AGILE organization protects the work teams. This is where, for example, in the SCRUM model, the figure of the SCRUM Master emerges, who guarantees the focus of the team during the sprint by eliminating impediments and ensuring that all knowledge-sharing routines are followed so that team members are never blocked.

Given the nature of their activity, LEAN organizations could aim to implement well-established and useful processes over a medium to an extended period. In more or less stable organizations, the change was a continuous improvement (kaizen).

Organizations that cannot define a stable production cycle will try to provide themselves with measures that allow them to be flexible without harming the productivity of their teams and do not aspire to maintain processes in which continuous improvement can be applied.

Many of these measures can be found in AGILE management and organizational models based on small, versatile units that combine and coordinate dynamically, such as Spotify or SAFE (Scaled Agile Framework).

Agile is LEAN in another "time"

The other major translation between one management model and another is the temporal one. The second half of the 20th century has brought enormous changes in business activity, both a cause and a consequence of entering the ‘Digital Era’.

To explain further the differences between the two management methods, let’s focus on one of these changes: uncertainty—the VUCA context: when the requirements for projects, services and products are dynamic and changing.

Although LEAN is a customer-centric management model, at its birth, such a dynamic context did not exist. We could say that customers, in general, were not as sensitive to hyper-personalization, and neither were requirements going to change at the speed they do today, with the pressure imposed by competition in an over-informed market with an enormous capacity for choice.

Demand management is a concept applied in LEAN organizations, where an attempt is made to ‘level’ demand with production capacity (heijunka), based on the assumption that the processes, or the project plan, predefine how work is going to be done from start to finish. This is hardly transferable to many areas of today’s business.

In AGILE organizations, backlogs are the tool used. A backlog of a product that is being built or of a project that is being executed gives an overview of the set of functionalities that it will have. Still, the selection of those completed in the next ‘window’ or sprint is done just before its start. 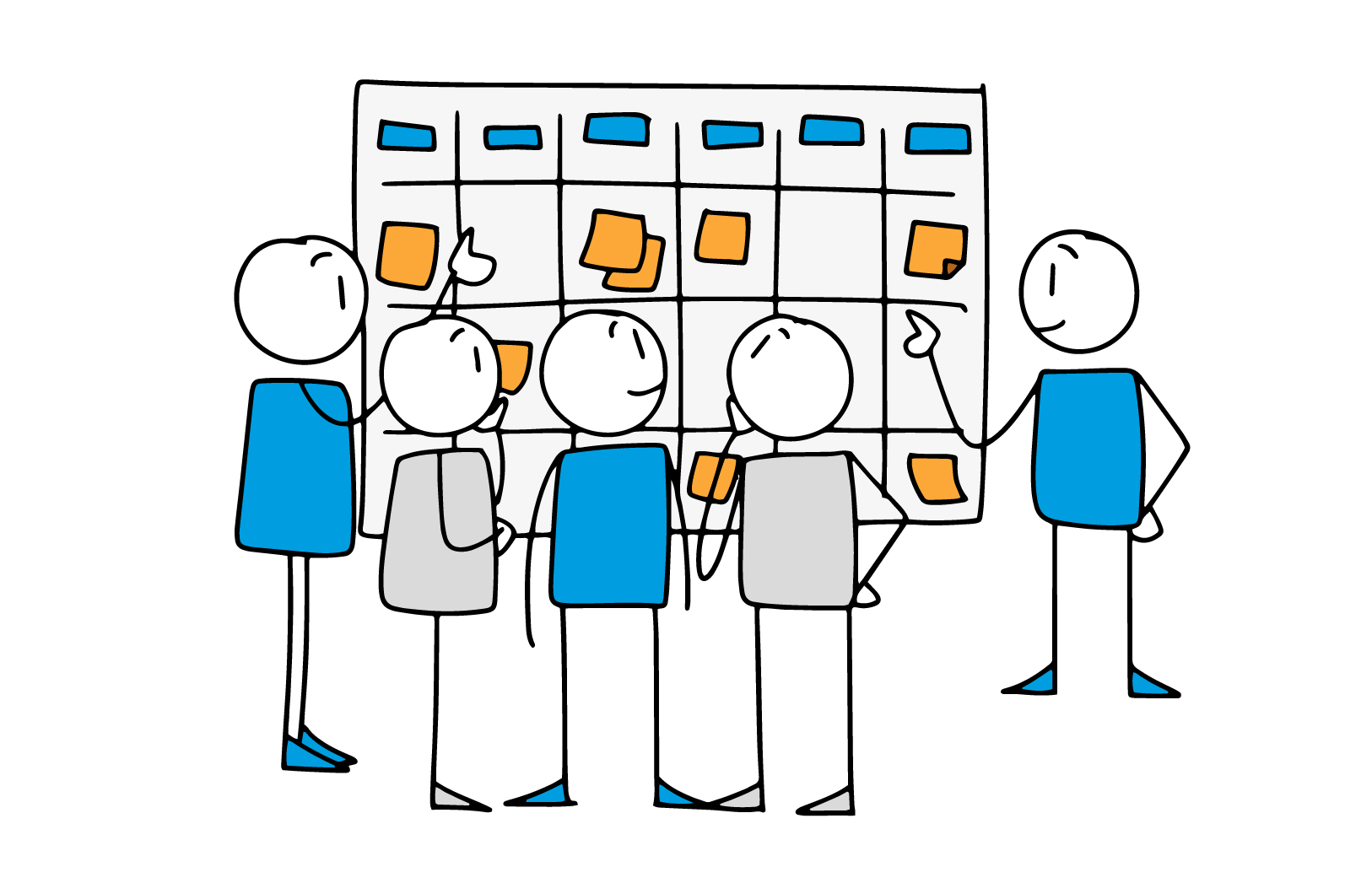 If in the traditional management model, where there is a defined plan for the entire project, a change in requirements is occasional and produces a ‘crisis’, in the agile models it is already assumed that the demand cannot be predicted beyond the immediate and these ‘crises’ are provoked in a way that they are foreseen.

This management model, in projects such as SCRUM, SPOTIFY or SAFE, introduces a series of figures and concepts such as Product Owner, Burndown chart, daily meeting, retrospective, demo or tribe (among many others) that define how an organization that responds to these needs should be.

LEAN organizations do not have any of these figures but only apply a set of principles:

Don’t AGILE organizations follow these principles too? Yes, of course, they do, but it is not enough. To be able to work in a much more ‘accelerated’ context, in which the demands faced by organizations today are more dynamic than they were in the times of mass application of the LEAN management model, they also need to equip themselves with the figures and concepts that we have mentioned.

What does it mean to adopt LEAN and Agile in my organization?

As we have seen, both management models have commonalities, differences and a specific scope of application. Sufficiently complex organizations likely have a dual nature, and LEAN can be applied in a more ‘industrialized’ part and AGILE in a more ‘innovative’ part. Both models are compatible and synergistic in most cases because they start from the same philosophy.

Iván Martín, Business Development Manager at Netmind, is a consultant with more than 15 years of experience in large companies and boutique consulting firms associated with Technology and Organizational Strategy such as Accenture, Deloitte, ManpowerGroup or Quint. His experience includes areas such as Digital Strategy, Business Agility, Organizational and Cultural Change Management, Lean Thinking, Design Thinking, Technology Management or Project and Team Management. He is certified in Agile, Lean, ITIL, among others, and is PHR by HRCI. He currently works for Netmind Business Development, focusing on the company's transformation portfolio, and is especially dedicated to some of the largest companies in both the Spanish and international markets. Author of the book The Lean PlayBook.