The 5 Whys That Can Solve Your Real Problem 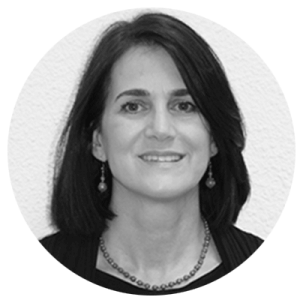 When something happens in a project that affects its development, our go-to response is usually to fix the issue and move on. However, we cannot fall victim to the mistake of focusing only on finding a resolution. Our work shouldn’t end here.

If we do not want a repeat of the same or similar issue, it is critical to identify the root cause of what created the event. If we really want to achieve excellence and put the focus on continuous improvement, we must not skip this step.

I want to show you one of the most powerful problem-solving techniques at our disposal. The 5 Whys is an extremely useful tool to determine the root cause of your problem.

This technique was originally developed by Sakichi Toyoda and was used at Toyota during the evolution of its manufacturing methodology.

The 5 Whys is a systematic questioning technique used during the problem analysis phase to find the possible root causes of the problem.

The technique requires a team to ask “Why” at least five times, or to be able to drill down to deeper  levels of detail. At the point that it becomes difficult for the team to answer a “Why”, it is likely that they have identified a potential cause.

The resolution to some problems seems so obvious that the team stops the process and doesn’t fully complete the exercise. However, this can result in the team facing same situation over and over again.

A key to The 5 Whys is to approach the session with the mindset that at first, nothing obvious. We must try to find and solve the actual cause.

When is this technique used?

To identify the most likely root cause(s) of a problem.

What environment is it used in?

In this case, it is not a tool that is limited to a project environment; it is much broader.

Note: It is not a process of searching for “scapegoats”; we are not asking who did something that caused the problem. We are looking for causes, not guilty parties. Once the analysis has been completed, we can focus on improving behaviors and changing how we act as a way to attack the causes. In this process we attack the “causes”, not the “people”.

How is it used?

I would like to make it clear that while asking Why 5 times is indicative, there are times that you might discover the root cause after only asking Why three times… and other times, you might need to ask more than five times. Reaching the answer is the most important aspect of the exercise, not the specific number.

This technique is most effective when conducted within small teams (4-9 people). Consider holding separate meetings for larger groups. Also, it is important to know the people who participate in the workshop and, as much as possible, to be aware of the relationships between them.

When we are analyzing problems, it is natural to not listen to things we don’t want to hear; it is easy for feelings to get hurt. Having a good moderator can help the group focus on the cause of the problem, not the people who caused it.

The 5 Whys technique is not the only tool to conduct root cause analysis. There are others such as the Cause-Effect Diagram (also called the Ishikawa Diagram), Fishbone Diagram, Affinity Diagram, Scatter Diagram, Tree Diagrams, etc.

The power of The 5 Whys lies in its simplicity and actual ability to identify root cause(s).

An Example of The 5 Whys

While I can’t speak personally to this example of The 5 Whys (it is a popular example on the internet), its application and results clearly demonstrate its power.

The problem is at the Lincoln Memorial in Washington, DC. The maintenance crews for the monument realized that the memorial was deteriorating significantly faster than other monuments of similar construction.

The reason was obvious: it was cleaned more frequently than the other monuments.

The solution seemed obvious too: to apply a layer of special material to protect the structure from frequent cleaning.

I don’t have the effort and cost data, but I can assume it was not a trivial issue. However, it solved the problem, right?

Not really! The protective layer helped reduce the deterioration for some time, but the higher levels soon returned.

Considering this, instead of stating in the obvious, use The 5 Whys to identify the possible causes (although only 4 appear in the articles I referenced for this example ???).

The new solution? They changed the lighting, and now they have a permanent fix to the problem.

While I don’t have the cost and effort data for this scenario, I can make another assumption that this one was significantly more cost effective in people effort and dollars… and it actually solved the problem.

While the right solution might not always be less expensive or require less effort initially, over time – the cost of continuously putting a ‘band aid’ on a problem will likely outweigh the most effective solution.

This is just one of the techniques we teach in our Design Thinking: Develop Innovative Products and Services course. See the Course Outline →

Ana Aranda, PMP®, PMI-ACP®, SAFe® SPC, AgilePM® and PRINCE2® Instructor, is a Lead Expert and Operations Manager for Netmind's US office. With more than 25 years' experience in Product Management, Project Management, and business development , she is comfortable helping others overcome challenges and manage cultural diversity. Ana has worked as a business consultant as well as an instructor in various multinational companies across the globe. She is passionate about fostering an organization's Project Management culture and improving their human skills aspect. Ana telecommunication engineer with an executive Master's Degree in Human Resources Management. She has strong business and technical background that allows fast learning and enables immediate value generation. Connect with Ana on LinkedIn.

BAs: Be A Leader in Boosting Agility

How to Conduct Workshops that Keep Participants Engaged + Quick Tip

The 5 Whys That Can Solve Your Real Problem